I have template names that are used on the site that contain non-Latin names (Cyrillic, etc.), after updating them it became impossible to edit

Go to the resources, create a template with a non-Latin name. You get the inability to edit. UTF-8 encoding was used 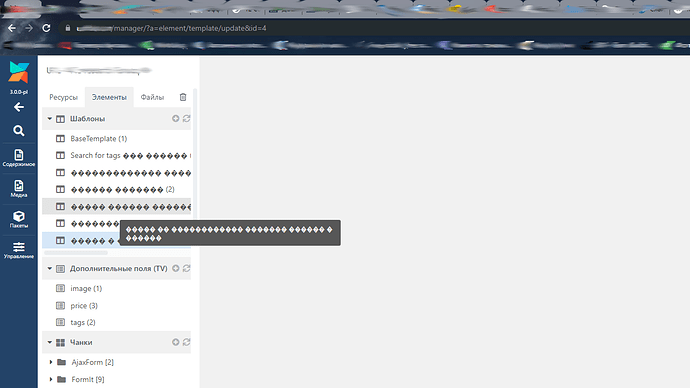 Normal characters, not question marks, should have been displayed and the content edited.

I can’t reproduce this problem.
Was is the collation of your database?

mysqlnd 7.4.16. It has happened after updates from 2.8.3… I had several templates with name “Главный template”, “Статья с тегами”

As i wrote, I can’t reproduce the issue.
This doesn’t seem to be a general problem, but something specific in your setup. 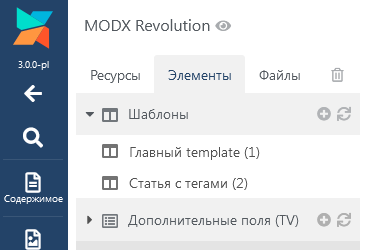 If you look at the values directly in the database (table modx_site_templates). Are the values in the column templatename correct?

The names in database incorrect too

If you fix the names directly in the database, does it work then?

Yes, but there can be a lot of such elements, why didn’t the conversion take place fully?

What did you do before the problem occured?

2.8.2->2.8.3 then filling the site with content, then installing 3.0.0 as an upgrade. I did not change anything, as I put it during installation, and it remained

I tried to reproduce the issue again (including running the MODX upgrade), but everything works as expected.
It’s hard to say, what failed on your system, if I can’t reproduce it.

Does this only affect the table modx_site_templates or other tables with cyrillic content as well?

Does this mean you are still using PHP 5.6?
I think the required mininum is now PHP 7.2.5.

Hmm, strange, in the hosting settings Apache 2.4 + PHP 7.4 opcache and this is phpinfo